As Thanksgiving approaches, we want to wish you and yours a warm and safe holiday. Although traditions may have to change this year, what won’t change are the Pension Rights Center’s untiring efforts to protect and promote retirement security for workers and retirees and their families. Below you will read what we’ve been up to recently.

PRC op-ed on the multiemployer crisis published in The Hill: In late October, just days before the election, PRC’s Executive Vice President wrote that “It’s imperative that a new COVID-19 relief package – whenever it’s passed – shore up multiemployer pensions…because if this piece of the retirement system is allowed to collapse, it would not only hurt current and future pensioners, it would also deal an outsized blow to the employers who contribute to their plans, and to the economy.” Karen also wrote that many of those who depend on these plans are “single-issue voters who say they will back candidates that support saving their pensions, regardless of party.” Read the op-ed here.

Congress must listen:  PRC also sent out a legislative alert reminding workers and retirees to keep pressure on members of Congress so they do not forget about their struggles, and to urge members to pass legislation this year to save multiemployer pension plans – and workers’ and retirees’ pensions.

First, the bill would establish a new Office of Retirement Savings Lost and Found at the Pension Benefit Guaranty Corporation (PBGC) to make it easier for employees to find lost retirement plans through a national, online searchable database. This has been a long-time PRC priority.

Second, the bill would provide a fair legislative fix to the practice of recoupment, in which plans accidentally overpay retirees and then come back many years later demanding repayment, often with interest. This can cause severe hardship to many elderly individuals. The bill represents a consensus among advocates for retirees and representatives of retirement plans. It is the outgrowth of roundtable convened by PRC three years ago. 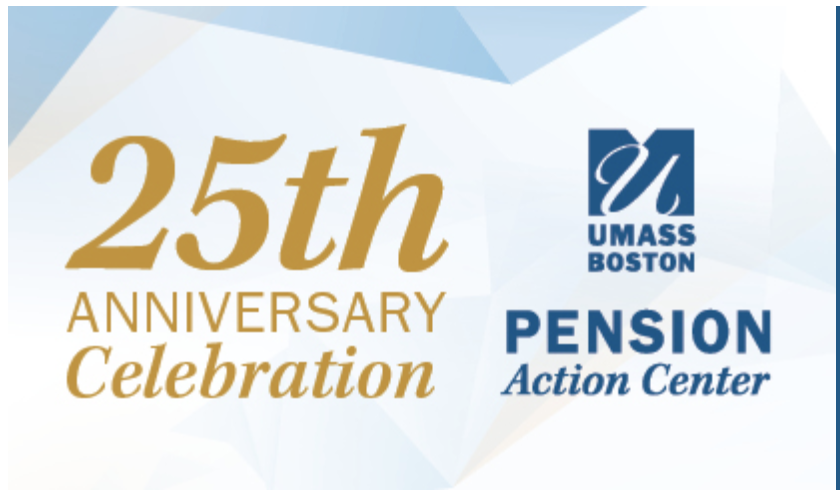 New England Pension Assistance Project celebrates 25th anniversary: NEPAP is one of six federally funded regional pension counseling projects that provide free legal assistance to people who need help with their retirement benefits in 30 states across the country. NEPAP, which is part of the Pension Action Center at the Gerontology Institute UMass Boston, celebrated 25 years of this important work with a virtual event that included compelling testimonials from people they have helped, and a keynote address from Congressman Richard Neal. Watch the some client testimonials from the event here.

A head’s up: December 1 is Giving Tuesday.

As you make your charitable contributions, please consider supporting PRC.