The tax law recently enacted by Congress includes a great many provisions. Some are easy to understand. Others are not. Among the least understood provisions are those that modify “federal tax expenditures.” This fact sheet explains what tax expenditures are and how they affect retirement plans.

What are Tax Expenditures?

Examples of tax expenditures include the –

Tax expenditures reduce government revenue and are indirect ways that all taxpayers support specific programs or activities. Unlike direct spending by the government, tax expenditures are not shown as costs in the federal budget that Congress passes each year. However, each year both the Congress and the Treasury Department estimate the amount of lost revenue attributable to tax expenditures. Before the tax bill of December 2017 was enacted, the Congressional Budget Office estimated the cost of tax expenditures for fiscal year 2017 will be $1.5 trillion.**

* Tax expenditures are defined under the Congressional and Impoundment Control Act of 1974 as “revenue losses attributable to provisions of the Federal tax laws which allow a special exclusion, exemption, or deduction from gross income or which provide a special credit, a preferential rate of tax or a deferral of tax liability.” 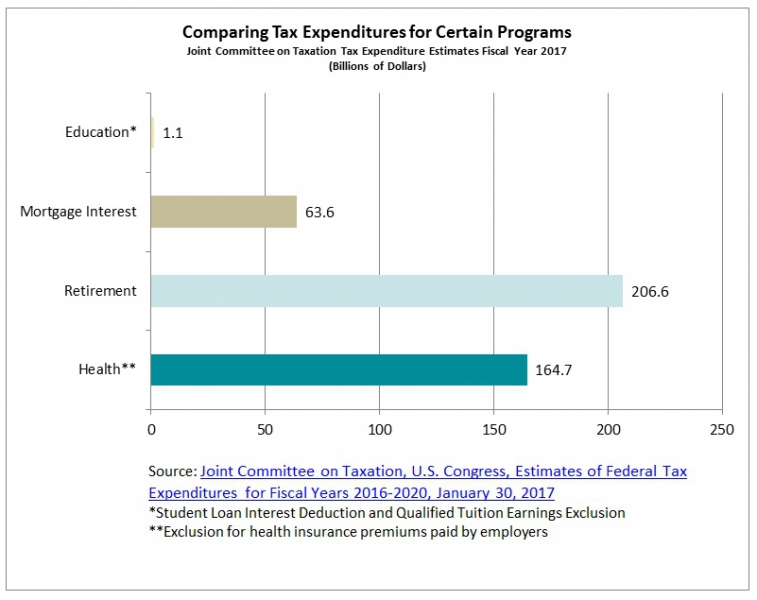 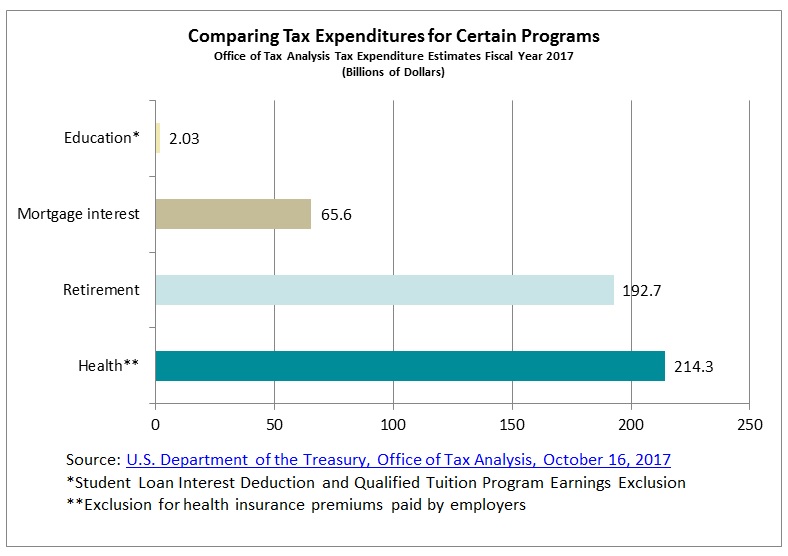 What are Tax Expenditures for Retirement Plans?

The most common retirement plans benefiting from “deferred” tax expenditures are:

Roth IRAs and Roth 401(k)s result in a different kind of tax expenditure. In these plans, employee contributions are taxed in the year that they are made, but withdrawal of money previously contributed and investment earnings are generally tax-free.

Why Are Tax Breaks Provided for Retirement Plans? 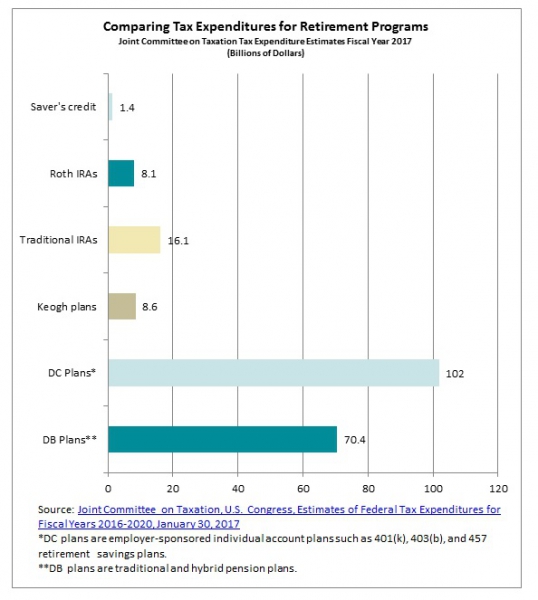 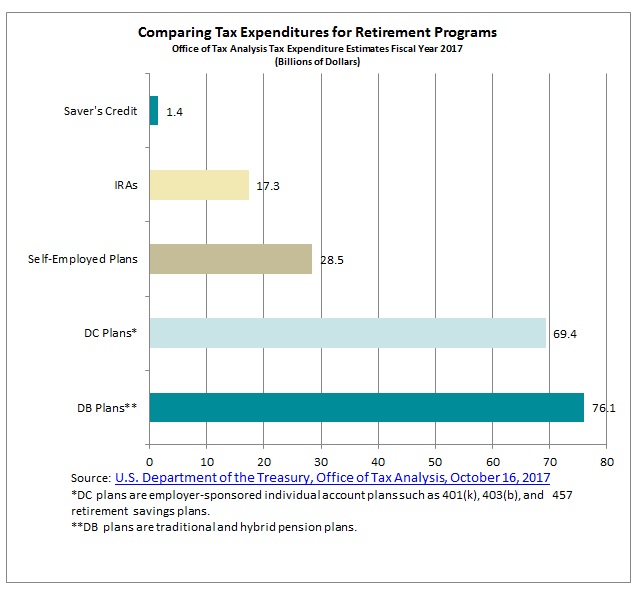